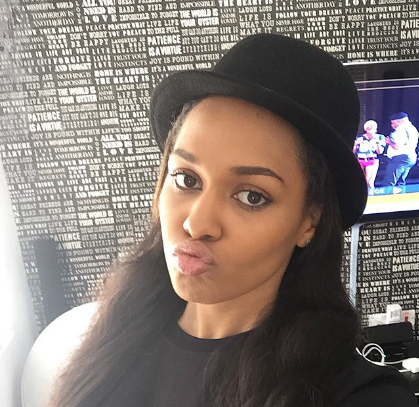 Tania Omotayo, the former Wizkid’s Lover since their bitter break experience has been on the low,trying to maintain a low profile not until the beautiful model got a shocking message from a male fan who want children with her because of her mixed race and she decided to make it public.

The man who his identity is still sketchy and believed to be a Nigerian, said since Tania is the only white lady around his area and for the fact that he want a mixed-race kids,he had to approach her to make his intention know as he think that is wise to do.

“I want half-caste kids and you are just about the only white lady I know of that can give them,” said the determined man. “I promise to take care of you and the kids. Be a good father to the kids and loving husband to you forever.”
“I promise you everything good.”

Tania Omotayo and Wizkid used to be the best of each other not until their bitter break up in 2016 as a result of constant baby mama issues that popping up against on Wizkid.

Tania always feel embarrassed with a lot of internet jokes anytime the messy affairs of the singer pop up on social media.

Tania eventually ended the relationship, unfollowed him on every social media and she dismissed the rumor of her pregnancy with the singer

Ever since she has been on the low profile .

1.0K
NEWS AROUND THE WORLD

Indian woman chop off the penis of a man who attempts to rape her.